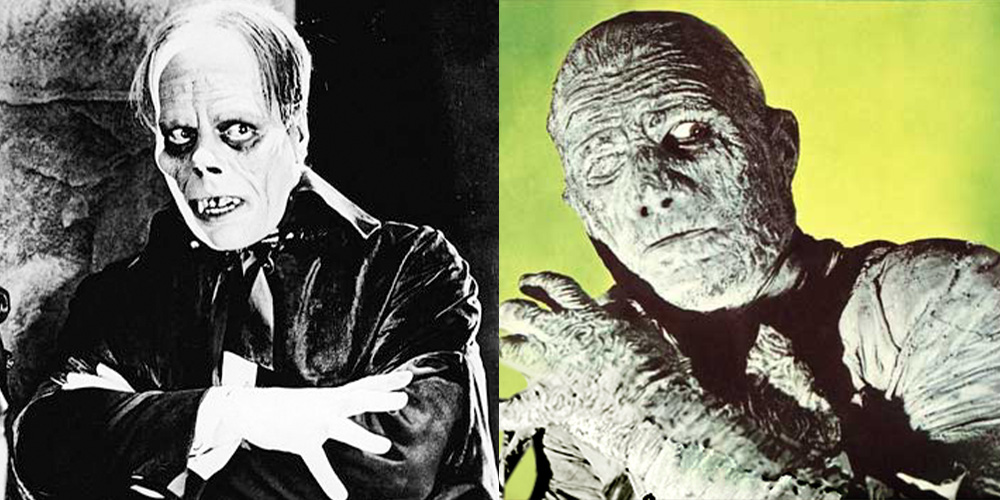 Welcome to Horror History, our new series on real life historical horror stories. Look for panels and more events on this topic during our convention & horror film fest! 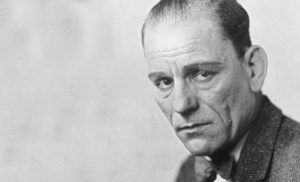 Lon Chaney was born in 1883 to deaf/mute parents. He communicated with his parents using pantomime- which proved to be essential as a silent film actor. He made his film debut in 1912 and worked in film until his death in 1930. He was a star in silent pictures and made one talking film, he was the first choice for Dracula but his untimely death opened the door for Bela Lagosi to get the role.

At the time of his death, there were several projects being developed for him- some were dropped but 5 were made with other actors, including Dracula. Chaney was honored twice by the postal service, first on a 29 cent stamp in the actors of the silent screen collection, and also on a 32 cent stamp in the Famous Movie Monsters collection as the Phantom of the Opera- the only silent film monster in the set. 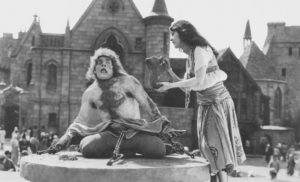 The longest shoot of his career was The Hunchback Of Notre Dame. The make-up for the role required that one eye be covered. Looking through one eye for the better part of six months took its toll, and Chaney wore thick glasses off screen to correct the shortsightedness for the rest of his life. It is reported that he was a great comedic actor and he could sing and dance, but he will always be remembered as the master of horror. Chaney passed away at the age of 47 from throat cancer, before passing he helped a young Boris Karloff get started in the film business and taught his son many of his secrets about make up but he never did see his son work in the film industry. 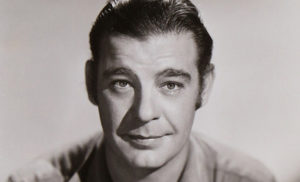 Crieghton Chaney was born in 1906 and did not enter the movie business until his father’s death in 1930. He was a character actor and in 1935, a film producer insisted he take his fathers name as a marketing ploy. Chaney always hated the ploy but realized it would help his career, he played mainly bit roles until 1939, when he was cast as Lennie in Of Mice and Men. He did well in the role and it became one of the two roles he would be remembered for. 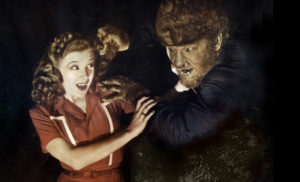 The second came within the next year, when Universal cast him as Larry Talbot in The Wolf Man. This horror film cemented Chaney as a horror actor- and he is the only man to have played all 4 of Universals most famous monsters Dracula, Frankenstien, The Mummy and most notably for him, The Wolf Man.

With 197 movie credits, Chaney had certainly become a star but he never achieved his goal of surpassing his father. He was beloved by a generation that never knew his father. Lon Chaney Jr was troubled with alcoholism and it affected his career as he became a standard in low budget horror films. His last horror film was in 1971 after which he retired and began writing a book about his family legacy “A Century of Chaneys” The book remains unpublished and his grandson Ron Chaney is working to complete the project. Late in his life he, like his father, had throat cancer, and he passed away in 1973 from liver failure.

THE MASTERS OF HORROR