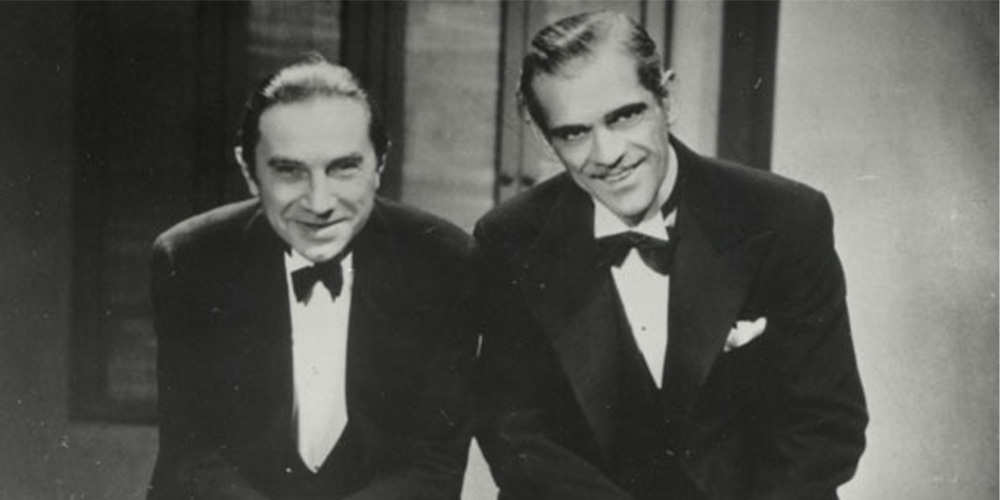 Welcome to Horror History, our new series on real life historical horror stories. Look for panels and more events on this topic during our horror con in NC! 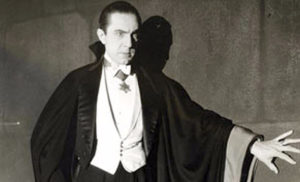 Bela Lagosi was born Bela Ferenc Dezso Blasko in Hungary on 20 October 1882. Lagosi is credited in 116 films, with 48 of them prior to Dracula (most in Hungary and Germany).  Beginning as a stage actor in his homeland he got his first film role in 1917. He left Hungary after the failed revolution of 1919 and acted in several films in Germany before coming to America as a merchant seaman.  He first played the role of Count Dracula in 1927 on Broadway.

When Universal planned to film Dracula, they wanted Lon Chaney for the lead role but his untimely passing left Universal in search of a new Dracula. Lagosi eventually got the role.  After the success of Dracula, Universal wanted Lagosi to play the creature in Frankenstein- some say that Lagosi declined the role because his good looks would be hidden by make up, while others say that the make up test proved laughable and the role was recast. Boris Karloff was selected by director James Whale to fill the monster’s shoes.

Lagosi was typecast as a Universal Horror villain and he could not escape it.  Unlike Karloff who could shed the make up and separate himself from the creature.  Lagosi, because of his unique look and accent would be tied to Dracula up to his passing on the 16th of August 1956.  Lagosi was laid to rest wearing the cape of count Dracula. Lagosi said of Dracula that:

… Never has a role so influenced and dominated an actor’s personal life and private fortunes. 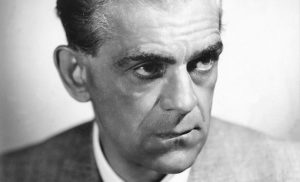 William Pratt was born in was born on the 23rd of November, 1887 in Camberwall, Surrey, England. he is better known to the world by his stage name Boris Karloff.  Karloff has 207 film credits to his name, he had appeared in 76 movies before being approached by James Wales to play the role of the Creature in Frankenstein.

Karloff was 44 years old when he first played the creature, and it is reported that he sustained a back injury that plagued him the rest of his life when he had to carry the dead weight of 6-foot Colin Clive in the film over and over again. Whales was never happy with the way it looked, so the scene was shot multiple times- a daunting task for a 44 year-old-actor that was himself only 5’11” and wearing a 48 pound costume- the boots alone being over 11 pounds each.

Karloff returned as the creature in “Bride of Frankenstein” and “Son of Frankenstein”.  Karloff felt at this point that the creature was becoming a prop in his own franchise and never played the Monster again.  Karloff would continue working both in the horror film genre and in other films during the lull in public demand for horror. His most notable non-horror work came in 1966 when he was the narrator and the voice of the Grinch in “How the Grinch Stole Christmas”.

Though he lived and worked in America for years Boris, Karloff never became an American citizen.  He spent the last decade of his life in England and passed away on the second of February, 1969.  He leaves more then the legacy of the Frankenstein monster with America,  Due to his back injury during the filming of Frankenstein he was dedicated to safe working conditions and is one of the founders of the Screen Actor’s Guild.  He also has 2 stars on Hollywood walk of fame for his work in movies and television.  Karloff said of the Monster:

My dear old Monster, I owe everything to him.  He’s my best friend.

Lagosi and Karloff did a number of films together.  To Lagosi’s disapproval Karloff always received top billing.  Though they were never the best of friends, the rumors of animosity between the 2 actors were exaggerated. Lagosi showed some bitterness toward Karloff’s success but they were professionals and worked well together.  Karloff said of Lagosi after his passing that he was worth a lot more then what he got.

The last film they worked together was “The Body Snatcher”, where Lagosi had a minor role but it was manufactured for Lugosi and would not have been in the film had Lagosi not been available.  The character of Dracula has appeared in over 80 films with Lagosi playing the role twice.  The Frankenstein monster is featured in over 60 films and Karloff played the role 3 times- and Lagosi was the monster once, as well.

For better or for worse, we are lucky to have had these men breath life into these creatures and there legacies will live on in horror circles for all time.