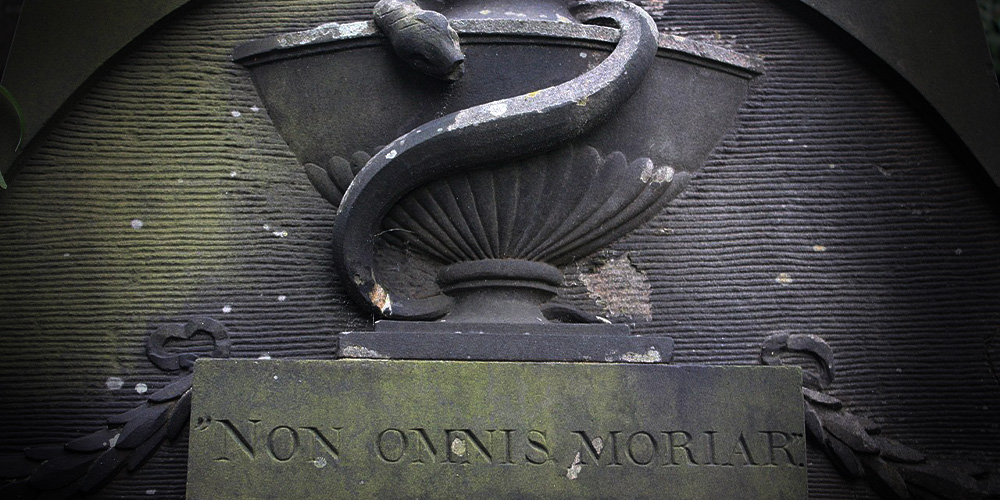 The event, a group known as the Covenanters were imprisoned in a field south of the Greyfriars cemetery

The area was walled with vaulted mausoleums and has became known as the Covenanter’s prison. The Covenanters were considered a militant group that refused to accept that the royal family could dictate the religion and how it was practiced, and fought the reform of the church. Some 1200 Covenanters were captured. George Mackenzie was the minister charged with prosecuting them. Mackenzie decided to let the Scotland winter kill them and placed them in the Covenanter’s prison most of them died of mistreatment, the few survivors were sold as slaves and the ship that was to transport them out of Scotland sunk, killing them. The treatment of the prisoners earned Mackenzie the name Bluidy George Mackenzie. In 1691 Mackenzie passed away and was placed in a mausoleum just a stones throw away from the Covenanter’s prison, and this is where our story begins.

In 1998 a homeless man seeking shelter from the rain broke into the Mackenzie mausoleum. After ransacking several of the caskets in the mausoleum, he came upon the casket containing the remains of George Mackenzie, while trying to force it open he fell through the floor into a plague pit (a large hole that was dug and filled with victims of the black plague, as this was considered the most efficient way to dispose of a large number of bodies at that time). Being covered in the remained of plague victims that had been dead for some time causes the man to panic and run off into the night. The next day a woman looking into the mausoleum was blown back off the steps by an unseen force. Since the disruption of the mausoleum there has been an active spirit in the cemetery, not at the mausoleum, as one might expect, but at a near by mausoleum within the Covananter’s prison that was being entered daily by cemetery tour groups. Tourist frequently complained of becoming ill, bruising and scratches after visiting the site. A wealthy Texas tourist sued after he became ill in the mausoleum and discovered scratches on his back. He was not seeking any
money, he said that the mausoleum was dangerous and the Covenanter’s prison should be locked up. He won his lawsuit and the Prison was locked up.

Not long after the closing of the Covanenter’s Prison, City of the Dead tour group struck a deal with the city that they would supply their own insurance and share proceeds with the city in exchange for exclusive access to the Covananter”s prison for tours. Over the years visitors have reported being scratched, burned, having unseen forces pull their hair, becoming ill, seeing apparitions, and hearing sounds coming from beneath the ground. The sight has been the subject of exorcism twice, the first exorcist died while attempting to cleanse the area. The Mackenzie poltergeist is reportedly the most active spirit in the UK. 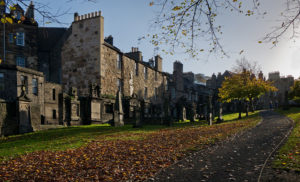 I myself have been fortunate to have toured with City of the Dead, They provide a tour of the underground city as well as the Greyfriar tour. While on the Grayfriar tour, we entered the Black Mausoleum and inside my wife became ill, after the tour we were sitting in a pub next to the cemetery and she said her face didn’t feel right. I touched her face and the left side felt normal but the right side of her face was noticeable colder. At the time of our visit, I was doing a piece on McKenzie and City of the Dead, so the owners of City of the Dead allowed us access to the Covanters prison. Once again my wife was made aware of a presence when our camera would not work inside the mausoleum. When I took the camera from her and entered the mausoleum, the camera worked fine. We spent nearly an hour in the Covanenters prison without an escort. I still remember it as the highlight of our time in Edinburgh.

If you are ever in Edinburgh I highly recommend City of the Dead tours, their guides are historians and very knowledgeable and entertaining (we went on other tours as well and found City of the Dead to be superior). If you are fortunate enough to meet Stephanie Freas at Carolina Fear Fest, feel free to ask her about her experience with the McKenzie poltergeist and the weeks following.

I took a few stones from inside the mausoleum well we were there and upon returning home, Stephanie kept seeing shadows moving around our quarters. She told me to move my souvenirs down into the storage room and the apparitions stopped (I still have them and I am still forbidden from bringing them in the house).

Over the years, there have been numerous reports of hot spots, cold spots and cuts, bruises and burns on witnesses’ bodies – often under their clothes. Photographs have been taken of these marks as well as many pictures of an unidentified shape in the tomb. There have been sightings of a white figure, unexplained smells, and auditory anomalies – including knocking noises under the ground and inside the tomb itself. Dead animals are found, unmarked, in front of the Black Mausoleum. People have complained that an unseen apparition has pulled their hair, grabbed their legs and arms and hit them. One or two have even claimed to be possessed. The area has been exorcised twice – both times unsuccessfully.