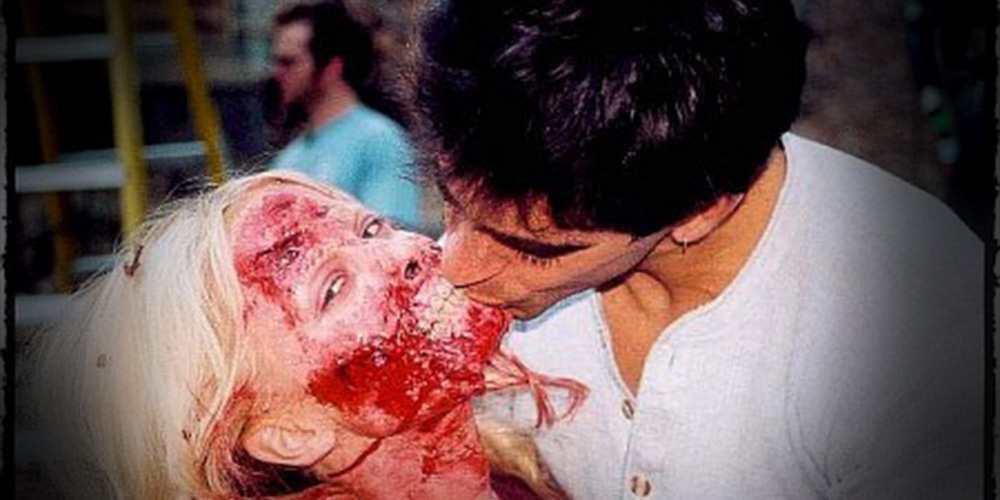 Released in 2002, this film stars one of our 2020 celebrity guests, Jordan Ladd, plus Rider Strong, and James DeBello. Five recent college grads rent a cabin in the woods and a horrifying flesh-eating virus begins to attack them, drawing attention from some dangerous locals. The sequel, Cabin Fever 2, was also filmed in NC.

This 2013 movie features a pair of paranormal investigators working to help a family whose farmhouse is tortured by a dark presence. Starring Patrick Wilson, Vera Farmiga, and Ron Livingston, this entire horror movie is shot in NC.

A group tries to survive when machines come alive- and are looking to kill. Written and directed by Stephen King, this 1986 horror film stars Emilio Estevez, Pat Hingle, Laura Harrington, and Yeardley Smith.

Possibly one of the most interesting stories, as the iconic Green Goblin Head from the movie was purchased in 1987, by our friend Tim Shockey and saved from a salvage yard. In 2011, Tim started restoration and worked nights and weekends for 2 years and finally, it made its first appearance in almost 30 years. Our first ever horror convention in NC was the first time the Green Goblin Head was returned to its home in Wilmington.

A 1987 cult classic, starring the incomparable Bruce Campbell as the sole survivor of possessing spirits, holed up in a cabin with strangers played by Sarah Berry, Kassie Depaiva, Red Raimi, Denise Bixler, Dan Hicks, and more. Though most of this Sam Raimi directed film was shot in studio, some on location filming was done here.

I Know What You Did Last Summer

From 1997, a tragic accident unites four friends who are brought back together by a mysterious hook maniac in a small seaside town. Starring Jennifer Love Hewitt, Sarah Michelle Gellar, and Anne Heche, most of the filming locations of this horror movie are in North Carolina:

Starring Anthony Hopkins, Julianne Moore, and Gary Oldman, this 2001 classic about Hannibal Lector trying to reconnect with Agent Clarice Starling and ends up being the target for revenge. This horror movie was filmed in both Virginia and NC.

This 2014 horror filmed here in NC, starring Sarah Snook, Mark Webber, and Joelle Carter, the titular character returns to her childhood home in Louisiana to find herself facing a tormented spirit with no intention of allowing her escape. Despite being set in Louisiana, this entire film was shot in studios and on location in Wilmington.