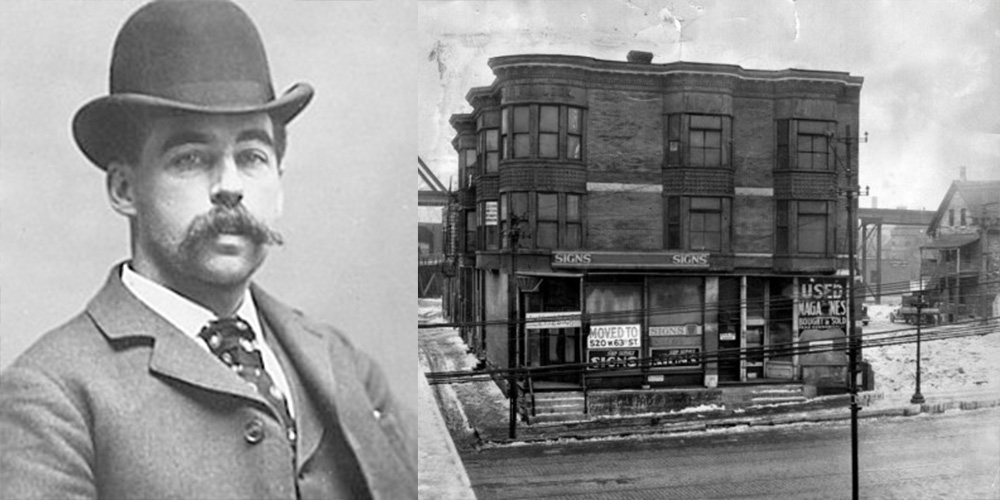 Welcome to Horror History, our new series on real life historical horror stories. Explore the legends and the culture they inspired with other horror fans in NC during our convention.

Herman Webster Mudgett was born in New Hampshire on the 16th of May 1861. He changed his name after graduating from High School at 16 to Henry Howard Holmes, more commonly known as H.H. Holmes. It is said the He murdered over 200 people but the history of H.H. Holmes is an American tall tale. Like all of the good tall tales it is derived from a kernel of truth.

Pulp magazines of the 40’s are the main source for the claims that Holmes’ murder count was 200 or more. Holmes himself confessed to 27 murders, but only 9 of those could be confirmed as several of the people he had named were still alive. Apart from being a serial killer, he was a bigamist and a con artist, he was the subject of over 50 lawsuits in Chicago alone.

Since the truth of H.H. Holmes is not entirely clear, let us take a look at his legacy.

It was said that Holmes was obsessed with death as a child and fascinated with skeletons, which may have been why he pursued a career in Medicine. While attending medical school at the University of Michigan, it is rumored that he stole cadavers to burn and disfigure them. Rumors say he would plant them to look accidental and collect on insurance policies he had taken out on the victim prior to the act.

In 1884 he passed his medical exams and moved to Chicago, where he worked as a pharmacist. When the owner died, Holmes bought the store from his widow and she soon went missing. He purchased the lot across from his store and designed a 3 story hotel, the construction began in 1889 and was complete in 1891. 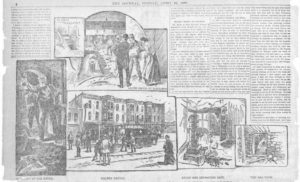 Holmes had fired several construction crews and replaced them to be sure no one had a completely clear picture of the internal layout. After construction, he began seeking employees as well as seeking a wife. All of his employees and fiances had life insurance policies that he agreed to pay the premiums on if he were made beneficiary. Many would unexpectedly disappear.

By this time Holmes had 3 wives, and would have affairs with employees of the hotel until they wound up missing. As this transpired, lawsuits were being filed against Holmes for non payment to suppliers of materials for the hotel, mysteriously the third floor of the hotel caught fire, Holmes had it insured with no less than 4 insurers.

Holmes had met and befriended Benjamin Pitezel and they worked insurance frauds together. One plan was to fake Pitezel’s death and Holmes would collect the life insurance. The plan went south and Holmes killed Pitezel and collected the insurance. Later Holmes was known to have an affair wife Pitezel’s widow and travel with his 3 orphaned children, whom he also killed.

During the time following Pitezel’s death Holmes was being investigated and therefore followed, when he was eventually taken into custody the Police started to look more closely at the Hotel, it was said to have had 51 doors that opened into brick walls, 100 rooms with no windows, hallways that went nowhere, 7 sound proof rooms, and greased chutes that led to the basement where he had a human sized incinerator.

He was tried and sentenced to be hanged for the murder of Benjamin Pitezel. While awaiting his sentencing he wrote his story and claimed everything from complete innocence to being guilty and in league with the Devil. It is said that he remained calm and polite right up to his hanging making only 1 request, that his body be buried 10 feet deep and covered in concrete ( this request was granted). When he was hung on 7 May 1896, his neck didn’t snap. He was strangled, it is said it took 15 or 20 minutes for him to die.

One would think that the story ends here, but not this time. The Grandson of Holmes claimed to have had 2 journals belonging to his Grandfather. They included a great many details of the murders he was known to have committed. Two entries were particularly interesting- one was that he knew who Jack the Ripper was (some believed that he was confessing to have been the ripper himself), and the second was that he faked his own execution. Because he was a well documented liar this was initially dismissed but some believed Holmes was the ripper.

This made for a great tall tale and was spread until finally Holmes body was exhumed in 2017. The concrete he had requested preserved the body well and DNA conclusively proved it was in fact the body of H.H. Holmes. This does not prove he was not the Ripper but does prove he was a talented con artist til the end. So what do we know about Dr. H.H. Holmes.